PFD In Sportswomen: A Silent Epidemic

Urinary incontinence and pelvic floor muscle dysfunction are too often considered disorders of post-partum and postmenopausal women.  However, recent research shows an alarmingly high prevalence of urinary incontinence among nulliparous female athletes – particularly in those participating in repetitive, high impact sports such as gymnastics, netball and running.  Urinary incontinence in women exercising and playing sport is under reported, under recognised as an issue and therefore under-treated.

How Common Is It? 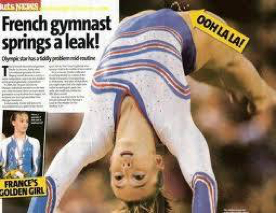 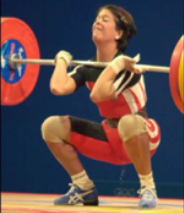 The Solution: Screening and Management

Screening
We know that women are often too embarrassed to seek help for pelvic floor disorders or incontinence, so screening athletic women is very important.  A screening questionnaire, such as the ‘Pelvic Floor Bother Questionnaire’ (available in our Referrer Resources section here) is an excellent tool to identify pelvic floor dysfunction.
In addition to a screening tool, you could add 3 or 4 simple questions to your subjective assessment of any women’s health interaction:

Any woman who has identified symptoms on screening should be referred to a pelvic health physiotherapist for a comprehensive treatment program. Many studies have shown that recipes of pelvic floor muscle exercises don’t work.  Why? One major reason is incorrect technique.   Of women given a brochure on pelvic floor exercises, 1/3 will get it right, 1/3 won’t quite get it and 1/3 get it so wrong they could do damage – up to 50% of women actually depress instead of contracting.
The other main reason is that the pelvic floor muscle training program needs to be based on an individualised clinically reasoned subjective and objective assessment – every patient we see has different symptomatic presentation and training requirements, and their program needs to be specifically designed and progressed over time to reflect this.
Sport and exercise are vital for women to achieve and maintain optimal health. Women face many barriers to exercising – we don’t want urinary incontinence to be yet another!